One common problem of website operators and online entrepreneurs is language. While English is the default political and business language, it would do you well if you sell something using a localized language.

The solution is to translate text, and you do this with a free language translation app. Today, I will show you more than seven of the best translation apps you can use for Android and iOS; I will also include some for Windows.

What Are the Best Free Language Translation Apps

Here are the best translation apps you can use today:

Unique Feature: It can translate conversations.

Microsoft Translator does not only translate text; it is also a conversation translation app. You can download it to your device and have someone speak at it. Then, the app will convert that audio into your preferred language. It is an ideal free translation app for travelers.

Download the app now and test it. It is compatible with all major operating systems.

QTranslate is a program that you must install. It is a text-based app that works with other most popular translation apps. However, I must mention that it does not work offline. You must be online so that you can connect to their server.

QTranslate also has a virtual keyboard, which I like. The virtual keyboard is not just in English but in other languages. You can use it if your current computer does not have a keyboard in the language you are using.

Install it now and test it to see if this is what you need.

Unique Feature: It offers 103 languages and is highly accurate.

Mate Translate was originally designed for iOS, but then they already branched out, and it is already available in Android since Android supports text translations. It also has a chrome app that you can install as an extension.

Get Mate Translate now on Android or on iOS.

iTranslate may sound like it only works with Apple products but is compatible with Android. What I love about this product is that it has a translation history. You can also adjust the screen sizes to fit your situation.

One cool feature worthy of mentioning is the transliteration. For example, instead of showing you Chinese characters, it will show you English characters and how to pronounce the word.

Get your free trial now and see the translation app in action.

Google Translate is an app that is free to download. It has features that you will find useful when traveling; one of those features is that the app works offline.

One thing worth noting here is that the camera feature, where you can take a photo of a language, can work instantly. There is no need to import the image at all.

The Google Translate app is free.

Download the Google Translate app now on Android and iOS!

iHandy has many apps in the Apple Store, so what you want is the iHandy translator. It is a free app that allows you to create a phrase book of common words you use daily.

One cool feature about its phrasebook is that you can create folders. For example, you can combine all phrases under “Shopping,” “Greeting,” etc.

Full screen – you can use the full-screen mode, so the text is larger for you to read

iHandy is a free app.

Get iHandy now from the App store or get its APK from reputable sites.

Unique Feature: The app has a dictionary.

DictBox is a dictionary box that has a translation feature, too. You can use it to take snapshots, and it will translate the text for you. One excellent feature is that it does not need to be online. You can use it in school or for traveling.

Get DictBox for Android or for iOS now.

BK Translate comes from a company that specializes in educational apps. The app has been downloaded more than a million times.

The app is unique because it offers more than a hundred languages. It also has features you would only expect from big companies like Microsoft or Google.

Apart from the translator, the app also has a dictionary where you can fully understand the word’s meaning. You can also determine if the word is a noun, adjective, etc.

Get BK Translate now for free.

What Are Language Translation Software Apps?

A language translation app is a software program where you paste text, and then it converts the text into a language of your choice.

Today, many companies offer these apps because the world is truly becoming a small place. For example, people from Japan can type in Japanese characters on YouTube. If you want to understand what they are selling, you must use a language translation app

1. Which is the best language translator app?

2. What Are the Best Google Translate Alternatives?

The best alternative to Google is Microsoft Translator. It does not only translate text but also voice.

3. Can I Trust Google Translate?

Yes, you can. It has a certain degree of accuracy. However, the translator is still a machine. What it means is that it translates words literally. And when this happens, the context or message can go wrong.

4. Do professional translators use Google Translate?

For the wrap-up, here is the list of the best translation apps:

1. Microsoft Translator – best for people who want to converse with people in other countries.

2. QTranslate – best for people who want to integrate translation to other apps.

3. Mate Translate – best for people who want many language options.

4. iTranslate – best for people who have an Apple Watch.

5. Google Translate – best for people who have no data plan as it works offline.

6. iHandy – best for people who also want a text-to-speech app without limits.

7. DictBox – best for people who need a dictionary for different languages.

8. BK Translate – best for people who want to take images for translation.

Your best bet is either Google or Microsoft. My take is Microsoft because it is free and it also has a voice translation service. 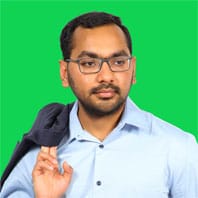 Bhujal is a full time eCommerce business owner and blogger. Join Bhujal and 10,000 monthly readers on mydigitalkube.com to learn how to scale your online store at a startup speed and he also reviews the best software to run your online business. 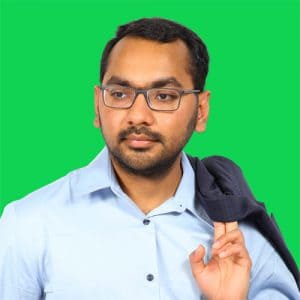 With Over 5 years of eCommerce experience, my mission is to teach next generation eCommerce entrepreneurs how to scale their online store at a startup speed.

My Software reviews are based on real world experience (and not a faceless brand).